2019 started off strong with more shows with Foo Fighters, some lengthy runs with Mumford & Sons in the US. Did another round with the awesome folks of TED Talks up in Vancouver before heading over to Europe for Mums shows and some supplemental gigs with Pink while I was in the UK. Later on in the year, I did the start up for another Game of Thrones tour but only had to do a couple weeks of shows as I was jumping back out with Mumfords again for another fall run. We did some great festivals that year including Bottlerock, ACL, and iHeart in Vegas. I ended the year with the Late Show gig and some much needed time with the relatives.


So yeah, it’s been a bit. Since my last real post, I’ve done a bunch of shows, had a longer than expected break, and then did a bunch more shows (thankfully). In and around that, I’ve had some ups and downs and thanks to many, I’ve managed to retain some sort of sanity in the process.

2017 finished up strong with some great runs with GoT, TED Talks, and Matchbox 20. See CV page for a little more in depth info.

2018 went just as well doing tours with Queens of the Stone Age, Foo Fighters, TED Talks again, GoT, as well as the start of a lengthy journey with Mumford & Sons. In and around those shows were a few other great events that helped fill in some gaps along with some R&R trips as well.

Another crazy few weeks have passed for me here on Planet Monk, filled with tons of work and lots of accomplishments. Managed to work so much that I actually went the entire month of December all on overtime pay. A lot of this was due in part to my company purchasing a brand new PA system. It’s from a company in France called L’Acoustics and they make what is arguably one of the top 3 sound systems in the world today. Their latest system has a heart called the K1 box. This PA is out with the likes of Peter Gabriel, Radiohead, Bruce Springsteen, Taylor Swift, etc… Needless to say, it’s pretty awesome and I hope that it raises the bar in and around my company and staff as well…

By making this purchase, it set off a flurry of little tasks that needed to be completed once the gear began to arrive. Tasks such as barcoding each cabinet (all 390 +). Labeling of hardware, cables, and accessories (600+). Checking all the gear in officially, logging it, and documenting it then followed… I have been in charge of this little mission since sea containers began arriving in July. The biggest and final shipment arrived near the end of October.

Mind you it hasn’t been just me working on this, but I was basically handed the task of making sure it got as close to completion as possible. The hard part was herding the cats (crew guys in the shop) long enough to sit still and help.  We all have been doing shows in and around this task as well as many I’m sure, find labeling and shrink tubing cables just such a joy… I am pleased to say that overall the project is about 90% done. The remaining items to accomplish really are on the horizon but it is revolving around several other outside forces (companies) which I can’t control! Long hours studying a piece of gear and thinking such common thoughts as, “I wonder if their foot will land here… or here…and would a label make it there…..” Yes, such thoughts do occur, and I am sure I’ve just been a lovely conversationist these last several months. Boring friends with, “we discovered this pretty cool trick when you do this…. or lemme tell you about just how good this stuff sounds.”

Most of it will make it’s major debut this year at the Houston Livestock Show & Rodeo. The rodeo here is listed as the world’s largest indoor rodeo if I remember correctly, and also touts one of the largest temporary installs of lights, video, and sound. It’s in Reliant Stadium and runs for 20 nights and days starting in late February. Everyday is a rodeo and then one large international/national music artist. I’ve had everyone from Tim McGraw, to Ray Charles, to Kid Rock, to Janet Jackson play this thing. It can get fairly large to say the least, with a capacity crowd of up to 73,000 people a night. (So it’s kinda a big deal….) I’ll begin a post a day when that kicks off with some lead up shots of the load in I’m sure. Funny thing is, I’ll have more time on my hands once we begin, then when we prep. Funny how it works like that….

Anyway, I’ll let your eyes rest a bit from this novel and leave you with a couple pics of the gear that I’ve been getting friendly with. Glad it’s finally getting done though. I have a life out there somewhere, and it’s time I go find it again…..; )

First day of listening to our new presents….

We’ve got more copper than you need here….

We flew 6 arrays in the stadium to see how it sounds with the new gear. Pretty amazing I must say. 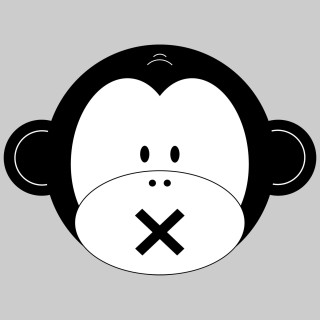